How To Change Your Eating Habits 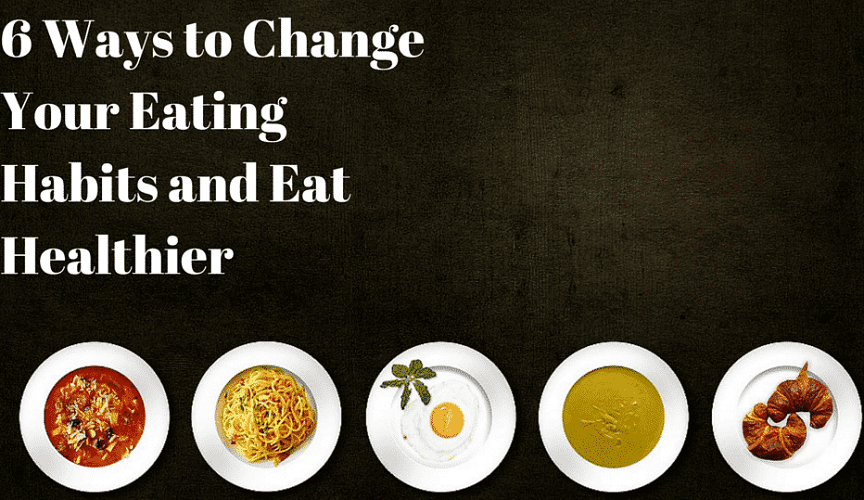 By the time we become aware of the fact that we need to change the way we have been eating, for our entire life, we are kind of attached to it. Everybody has their reasons for wanting to change, but once the decision has been made it may seem a little overwhelming. It may even seem like the impossible dream. It gets a little scary considering the possibility of never enjoying the foods that have brought so much pleasure, for so long. It seems to be human nature for our thoughts to start spinning out of control at the mere consideration of making a life altering change. It is completely normal to feel like we are talking ourselves out of something when we have a fear of the unknown. It can also happen if we think we may fail, it just seems easier to never have tried than to try, and then find out that we couldn’t do it.

A good starting point is to get very clear on what is considered to be the benefit of making the changes. If it is more energy, and clearing up a medical condition, it is good to stay aware of what causes those things to feel better, and what makes them seem worse or more pronounced. People can more readily adapt to new or different things if they make logical sense. Something that makes sense feels natural and easier. Starting something new also goes easier when there is something added to our routine, rather than taken away. Instead of taking away a favorite food that may high in calories, it is a good idea to eat a healthy food before eating the unhealthy one. Fruit is a good place to start because more people can accept the taste of new foods if they are sweet, more easily than if they are salty or spicy.

Healthy eating is something learned, either from birth, or later in life. If it happens from birth it comes as natural as breathing. If it needs to be learned later in life, it can become just as easy, but may take a little time because the process of cutting out the unhealthy eating habits has to take place. It may seem highly unlikely, to a person who, regularly enjoys eating junk food, that they would some day prefer vegetables, but they can if they re-train themselves. During this re-training period, it is important to make sure that there are a wide variety of foods that are included on the menu, because the truth is, there are more healthy foods than unhealthy. As a matter of fact, a lot of healthy foods are made unhealthy by the way they are prepared, or how much is eaten at one time.

A person in this transition to good health needs to be patient with themselves and their progress. It shouldn’t be that hard because once we start putting good nutritious food in our bodies, it does not take long for it respond. Nobody should ever tell themselves that they cannot have a certain food, it is very important to be mindful of the fact that this a decision that feels good, and not an imposed punishment.

Meals should include vegetables as the main course, protein as a small serving, and grains as a side, and in small portions. Processed food offers very little nutritional value and can be high in calories, but can still be included in the diet as occasional snacks. People who persist in eating this way will be shocked to find that after a very short time, they prefer this way of eating, and feel better than they ever thought possible.

No comments to show.